A&A Truck Parts has been around for 35 years, a growing and thriving company that is always working hard to meet its customers’ needs. With 6 properties, 4 divisions, and more than 30 employees, our commitment and dedication to service excellence have provided us time and again with the basis upon which to build an enduring success. Our company values have been passed down to us from our founder, John O’Connell Sr., who is still active in the business today. His grit, determination and forethought laid the basis for what is today a successful, family-run company, three generations old.

A & A Truck Parts officially opened it doors in 1985, but its history starts almost 20 years prior, with the story of a young man, a truck, and an idea.

In 1965, John Sr. purchased a single-axle Ford dump truck for $6000 from the Ford dealer in Maplewood, New Jersey. An enterprising young man in search of a future, he had planned on using the truck to haul sand in the ongoing construction of the New Jersey turnpike. Unfortunately, history intervened before he could get his truck on the road, and, like many other young men of his generation, he was drafted into the Vietnam War. In 1965, he went to Washington for his basic training, and in 1966 he began serving in the 43rd artillery.

After returning home in 1967, he resumed the pursuit of his dreams and purchased three trucks: a new 1966 Mack DM 800, and two new 1967 AutoCars. His small fleet immediately sprang into action, fulfilling his original plan of hauling sand for the New Jersey turnpike.

The trucks operated day and night, and, eventually, the unrelenting pace of working at highway speed began to take its toll on the trucks, with costly repairs becoming necessary. With three trucks to service, the maintenance of his fleet became too much, and John Sr. went broke.

Demonstrating the ingenuity and entrepreneurial spirit that would drive the later success of A&A, John Sr. kept going, and picked up work as a mechanic. He supplemented this by scrapping at nighttime in nearby shore towns with his old Rambler car. The trunk ended up being too small for all of the metal he was able to find, and he realized he needed something bigger. Once again, the purchase of a truck would take him in a new direction.

In 1975, he found a 1948 GMC rack truck that was perfect except for one thing: he couldn’t afford it. Undaunted, John Sr. negotiated a deal and, after 4 short days, had hauled enough scrap to pay for the truck in full. He was on the road and back in business once again.

John Sr.’s experience with maintaining his trucks, however, led him to an idea: he had seen how much it cost to replace parts, and he knew there was an opportunity there. He decided that it was time to start scrapping out trucks and selling the parts. There has been no stopping him or the company since.

In 1983, John Sr. moved with his wife Nancy and son, John Jr., to Freehold, New Jersey, where they bought their first licensed salvage yard. In 1985, they added to their potential with the purchase of a new Mack Roll-off with a couple of containers. This part of the business started out with a CAT 944 loader with forks, a unit cable crane, and lots of hand trucks.

Today, the company has the largest inventory of used truck parts on the east coast, and has been exporting worldwide for as long as the company has been in operation. We have a fleet of about 15 trucks on the road, as well as 50 trailers and 350 scrap containers. The dedication and grit shown by one man has multiplied exponentially, with the resulting success touching the lives of many of those around us. We’re proud of our past, and we work towards a better future every single day.

We got it all! 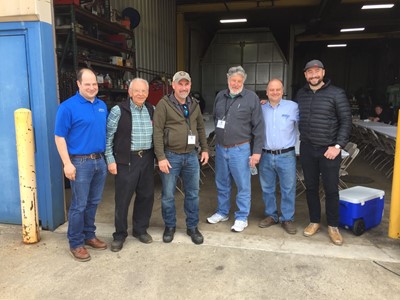 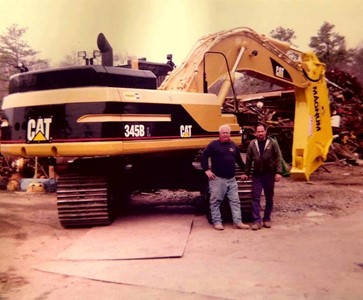 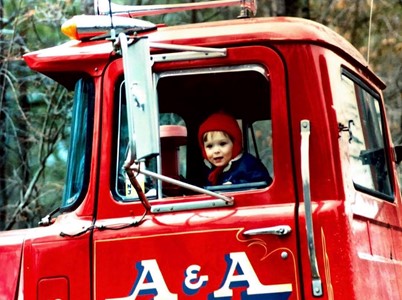